Traditional medical education and training have not focused on the health care needs of LGBTQ individuals, which is a much-needed topic given the numerous health disparities experienced by this population. The diverse subgroups in the LGBTQ community have been largely stigmatized in many areas of life, which leads to poor health outcomes and avoidance of medical treatment. These courses seek to bridge the gap in traditional medical education to help primary care physicians, specialists, and other health care professionals, who work with LGBTQ patients, to provide gender-sensitive and inclusive care.

Courses in the Professional Program 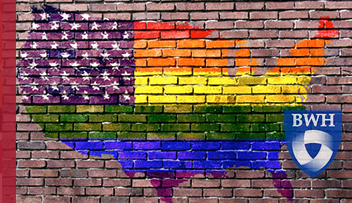 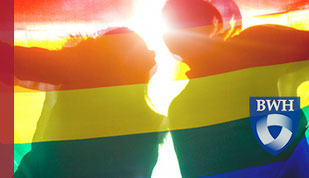 LGBTQ Health: Diverse Populations - 2.25 CME Credits
Become aware of the broad spectrum of LGBTQ health issues and how to provide improved care to patients in the LGBTQ community.
Learn More
Starts on February 20, 2018
Not Currently Available

Jen Manion, PhD
Associate Professor, Department of History, Amherst College,
Jen Manion is associate professor of history at Amherst College and author of Liberty's Prisoners: Carceral Culture in Early America (University of Pennsylvania Press, 2015) which received the 2016 Mary Kelley Best Book Prize from the Society for Historians of the Early American Republic. Prior to joining Amherst College, Manion worked for ten years at Connecticut College as a faculty member in the history department and founding director of the LGBTQ Resource Center. Manion has published nearly three dozen essays and reviews in the fields of US History/History of Gender & Sexuality and is the recipient of over a dozen fellowships, including one from the National Endowment for the Humanities in 2012-2013.

Iman Berrahou
MD Candidate, Class of 2018, Harvard Medical School,
Iman Berrahou is a fourth-year medical student at Harvard Medical School. From May 2016 to June 2017, she served as an Albert Schweitzer Fellow and led an initiative to increase cervical cancer screening rates in the LGBTQ population by creating a film campaign and accompanying medical education curriculum. She plans to pursue residency in obstetrics and gynecology after medical school. Iman is originally from Austin, TX and graduated with high honors from the University of Texas at Austin with degrees in Plan II Honors (BA) and Microbiology (BS).

Michal McDowell, MPH
MD Candidate, Class of 2018, Harvard Medical School,
Michal J. McDowell is a fourth-year medical student at Harvard Medical School (HMS). She attended Stanford University where she majored in human biology and minored in Iberian and Latin American cultures. From 2011-2013, she worked in Washington, DC, first tracking Affordable Care Act implementation on a grant from the Robert Wood Johnson Foundation and next doing HIV/AIDS policy research and writing at the Foundation for AIDS Research (amfAR). She earned her master’s in public health from Harvard T.H. Chan School of Public Health (HSPH) in 2017, supported by a primary care master’s scholarship. She is passionate about mental health policy, as well as LGBTQ health. She serves on the Harvard Medical School Admissions Committee, led the queer student groups at both HMS and HSPH, has held multiple leadership positions at one of HMS’s student-run clinics, and has contributed to both qualitative and health services research during her time at HMS. She is applying for residency in psychiatry.

Sabra L. Katz-Wise, PhD
Assistant Professor of Pediatrics, Harvard Medical School; Division of Adolescent/Young Adult Medicine. Department of Pediatrics, Boston Children’s Hospital,
Sabra L. Katz-Wise is an assistant professor in adolescent/young adult medicine at Boston Children’s Hospital (BCH) and in pediatrics at Harvard Medical School (HMS) as well as an instructor at the Harvard T. H. Chan School of Public Health. Her research investigates sexual orientation and gender identity development, sexual fluidity, health disparities related to sexual orientation and gender identity in adolescents and young adults, and psychosocial functioning in families with transgender youth. She is involved with advocacy efforts at BCH to improve the workplace climate and patient care for LGBTQ individuals, including her role as a Safe Zone trainer and co-chair of the BCH Rainbow Consortium on Sexual and Gender Diversity. In 2017, she received the BCH Prism Award for service to the LGBT community. She currently serves on the HMS LGBT Advisory Committee.

AndreAs Neumann-Mascis, PhD
Founder, The Meeting Point,
AndreAs Neumann-Mascis is a clinical psychologist whose areas of specialty include trauma and complex PTSD, physical and psychiatric disability, and queer and gender variant individuals, relationships and communities. Dr. Neumann Mascis develops lectures and trainings in academic, professional, and community settings that include specialized trauma curricula for specific populations such as homeless and chronically mentally ill people. Dr. Neumann Mascis founded and developed The Meeting Point: A Multidimensional Center for Healing and Growth in Jamaica Plain, MA. The Meeting Point is a social justice-based collaboration that supports over 20 independent providers, and offers mental health and body work services that are gender and trauma informed. The Meeting Point also offers community events and discussions, hosts visual art and performance art shows, and offers resources to a variety of community organizations.

Sari L. Reisner, ScD
Assistant Professor of Pediatrics. Harvard Medical School; Division of General Pediatrics, Department of Pediatrics; Boston Children’s Hospital,
Sari L. Reisner is assistant professor in the Division of General Pediatrics at Boston Children’s Hospital and Harvard Medical School, and assistant professor in the Department of Epidemiology at Harvard T.H. Chan School of Public Health. Trained as a social and psychiatric epidemiologist, his research focuses on LGBTQ health disparities and inequities, with specialization in transgender health research methods, biobehavioral intervention design and development for HIV and STIs among transgender communities, and mental health risks and resiliencies in LGBTQ adolescents and young adults. Dr. Reisner is an affiliated research scientist in The Fenway Institute at Fenway Health, an internationally renowned LGBT health center serving the greater Boston area, where he leads a program of funded global research. He has authored or co-authored over 130 scientific articles and was profiled in 2016 in The Lancet for “making transgender health visible.”

Carl G. Streed, Jr, MD
Research Fellow in Medicine, Harvard Medical School; Division of General Internal Medicine & Primary Care, Department of Medicine, Brigham and Women’s Hospital,
Carl G. Streed Jr. is a 2016-2018 Post-Doctoral Fellow in General Internal Medicine at Brigham & Women’s Hospital whose research and advocacy focuses on lesbian, gay, bisexual, transgender, and queer (LGBTQ) individuals and communities. He has previously served as the American Medical Student Association LGBT Policy Coordinator & Liaison, was on the board of GLMA, and chaired the American Medical Association Board of Trustees Advisory Committee on LGBTQ Issues. He currently chairs the Massachusetts Medical Society Committee on LGBTQ Matters. His efforts to improve the health and well-being of LGBTQ individuals and communities have earned him the Johns Hopkins Diversity Leadership Award, the AMSA James Slayton National Award for Leadership Excellence, AMA Foundation Excellence in Medicine Award, the Erickson-Zoellers Point Foundation Scholarship, and World Professional Association for Transgender Health Student Award as well as recognition by the Nizami Ganjavi International Center and the Obama White House.

How long will each course take?

Each course should take approximately 1 hour to complete. You do not need to complete it all at once. You may come back as often as you would like.

How long will this course be available?

Each self-paced course will end one year after its start date.

What web browser should I use?

The platform works best with current versions of Chrome, Firefox or Safari, or with Internet Explorer version 11 and above. See our list of supported browsers for the most up-to-date information.